Overcoming limits and boundaries, geometries find themselves in dialogue in the works of Igor Grigoletto, giving life to interpenetration games between lines and shapes. These mergers are central to its research, which is based on the link or, more specifically, on the union between man and any possible feeling. In LACQUERED GLASS the lines, in geometric conjunction, touch white and black spaces , neri, synonyms of light and shadow and, they glide on different surfaces, sending messages to humanity in code, through invented alphabets. Reflecting mirrors and lacquered glass, opacified but internally capable of being bright, become conceptually geometric planes, on which all Euclidean rules are set aside or rewritten. 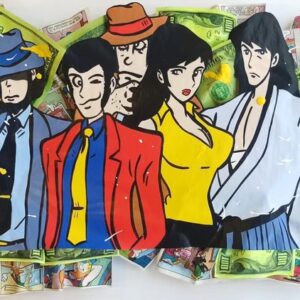 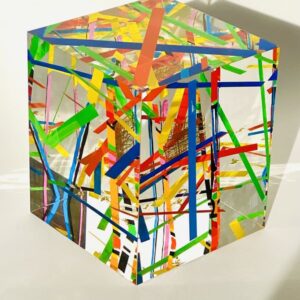 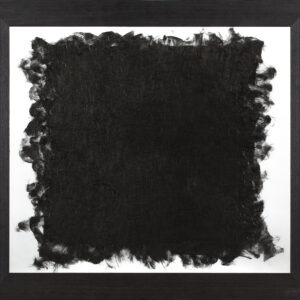 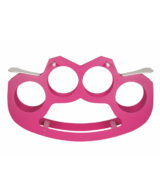 Questo sito fa uso di cookie per migliorare l’esperienza di navigazione degli utenti e per raccogliere informazioni sull’utilizzo del sito stesso. Proseguendo nella navigazione si accetta l’uso dei cookie; in caso contrario è possibile abbandonare il sito. / This site uses cookie to improve the browsing experience of users and to collect information on the use of the site itself. By continuing to browse, you accept the use of cookie; otherwise it is possible to leave the site.
ACCETTO / ACCEPT
Manage consent

This website uses cookies to improve your experience while you navigate through the website. Out of these, the cookies that are categorized as necessary are stored on your browser as they are essential for the working of basic functionalities of the website. We also use third-party cookies that help us analyze and understand how you use this website. These cookies will be stored in your browser only with your consent. You also have the option to opt-out of these cookies. But opting out of some of these cookies may affect your browsing experience.
Necessary Always Enabled
Necessary cookies are absolutely essential for the website to function properly. These cookies ensure basic functionalities and security features of the website, anonymously.
Functional
Functional cookies help to perform certain functionalities like sharing the content of the website on social media platforms, collect feedbacks, and other third-party features.
Performance
Performance cookies are used to understand and analyze the key performance indexes of the website which helps in delivering a better user experience for the visitors.
Analytics
Analytical cookies are used to understand how visitors interact with the website. These cookies help provide information on metrics the number of visitors, bounce rate, traffic source, etc.
Advertisement
Advertisement cookies are used to provide visitors with relevant ads and marketing campaigns. These cookies track visitors across websites and collect information to provide customized ads.
SAVE & ACCEPT
Powered by